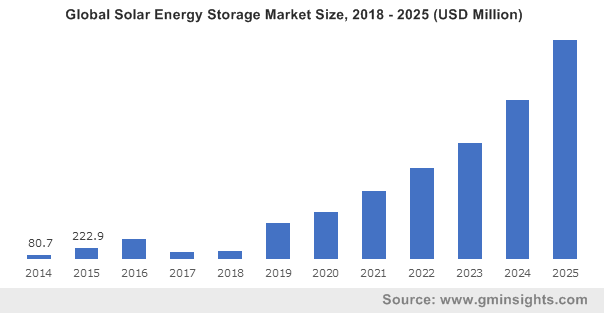 Electric water heater market size has witnessed a massive upsurge in the recent times owing to the consistent product upgradation and business expansion approaches adopted by the major market players, coupled with rising disposable income of households, increasing electrification in the developing nations and rigorous energy-efficient regulations being prescribed by governments across the globe. The ever-evolving consumer behavior and altering purchase patterns have further fueled the growth of electric water heater market. 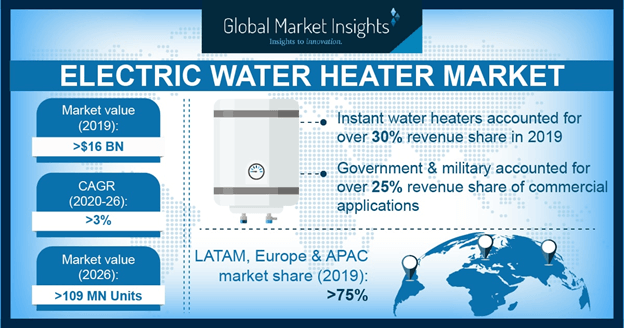 With rising consumer education regarding water-heater performance and energy efficiency, the manufacturers have been compelled to rethink about the current designs of electric water heaters and enhance the existing technologies. To cite a noteworthy instance, one of the global industry leaders partaking in electric water heater industry, Bradford Corporation, has recently launched its eF series water heaters equipped with a thermal efficiency of 90% and a higher hot-water retrieval.

Furthermore, citing an instance of robust partnerships, U.S. based water heating systems provider, Aquanta Inc., recently announced its alliance with the leading electric utility and energy solutions provider in the U.S., NRTC to build a strong distribution framework to supply its smart water heater controller in the U.S. market. Similar moves are likely to materialize over the next few years, in turn, boosting the electric water heater market growth.

Get a Sample Copy of this Report:@ https://www.gminsights.com/request-sample/detail/680

Electric water heater industry is poised to witness great demand for energy efficient products, especially against the backdrop of escalating electricity tariffs and growing governmental emphasis on conserving energy. The magnitude of expansion of electric water heater market in terms of the product spectrum, that essentially comprises instant and storage based electric water heaters has indeed been immense. Of these, instant electric water heaters minimize standby energy losses and last longer. In addition, they have been evolving with the upcoming market players conjoining the already popular water heater with ohmic array technology.

For instance, U.S. based Heatworks Technologies has raised $7.2 Million from investors including Microsoft to produce state-of-the-art tankless electric water heater using its patented Ohmic Array technology which includes graphite electrodes instead of metal heating and hence never rusts, unlike traditional heating products. With the introduction of such products, the upcoming electric water heater market players are attempting vigorously to gain competitive edge in the growing market size dominated by influential players.

Meanwhile, it would be sensible to take note of the factors that may constrict the electric water heater market size in the immediate future. The alternative energy sources such as hybrid-powered appliances and solar power are garnering swift popularity in the commercial and residential areas across the globe. Large enterprises are preferring solar-powered appliances owing to their long-term advantages. Therefore, the presence of these alternative sources is likely to adversely impact the growth potential of electric water heater market size in the ensuing years.