Focusing on the adverse effect of climate change on the cultivation of crops, players in plant growth regulators market have lately been encouraging farmers to increase the productivity of crops. The rapidly growing population across the globe and the corresponding food production have come out to be inversely proportional. In accordance, several regulatory bodies and groups like the Food and Agriculture Organization (FAO) are also contributing toward controlling the hunger and food deficit across the globe. 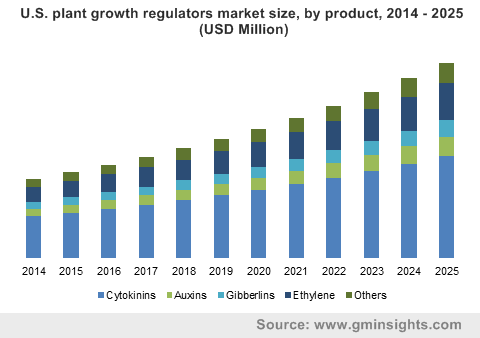 More precisely, they have been trying to enhance the food security and sustainably nourish the global populace by encouraging people to use advanced technologies and appropriate plant growers for cultivating crops. In addition, several companies contributing to the plant growth regulators industry have been partnering with farmers to educate them about the use of mechanization and better seeds for fulfilling future food needs.

The increasing awareness among the farmers about the benefits and use of plant health boosters is likely to propel the plant growth regulators market share. With the advent of new agricultural practices, farmers have been trying to reduce the risk associated with the shortage of food across the globe. Genetically modified plants are also one of the inventions of researchers that are witnessing a positive impact on the food security and food safety initiatives implemented by the various regional governments. In fact, the researchers have been putting their efforts to increase the quantity of produce developed from existing farmlands.

Get a Sample Copy of this Report:@ https://www.gminsights.com/request-sample/detail/2890

Cargill is one of the leading contributors of plant growth regulators market that has been supporting farmers across the globe to adapt to the changing climatic conditions by investing in innovations and providing training to the farmers. In addition, it also has been collaborating with multilateral organizations, governments, and civil society groups to encourage farmers to use plant growers that will build resilience across the global food system.

As of now, cases of hunger and malnutrition in underdeveloped countries owing to food shortage have increasingly been coming into the picture. In this regard, for achieving a sustainable and sufficient rise in agricultural productivity, policymakers and pesticide manufacturers have been investing in the development of a wide range of plant growth hormones that are essential for the growth and development of the crops. Traditionally, ethylene, auxins, and cytokinins are some of the majorly used plant hormones, but with progressive research, new regulators like polyamines are also being adopted by farmers.

The role that policymakers play to increase farming practices for the stability of food production, to curb poverty, and enhance global health has indeed been impacting plant growth regulators industry size considerably. The increasing concerns among the masses about fitness and health also will have a significant influence on industry growth.

The growing importance for food security to decrease poverty across countries that are totally agro-based will indeed propel the need for plant growth regulators over the years ahead. The initiatives taken by global federal agencies to break the cycle of poverty and hunger as well as to improve the nutritional value of food will prove to be revenue generating opportunity for the key players. Driven by the increasing need to enhance the crop productivity, plant growth regulators market will generate revenue of more than USD 9.7 billion by the end of 2025. 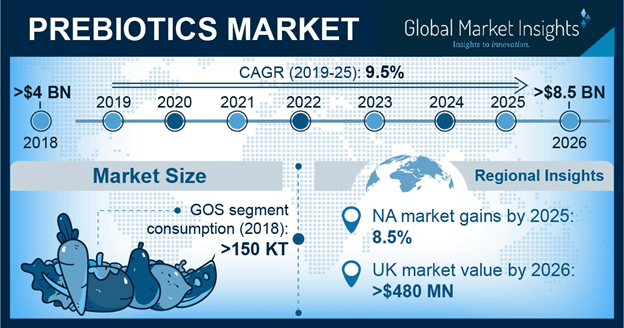 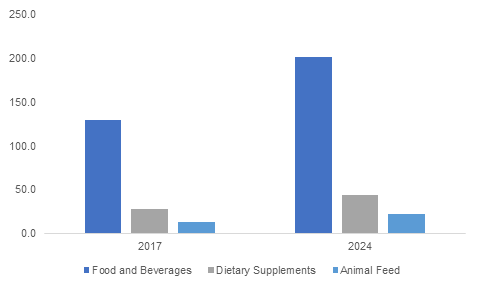