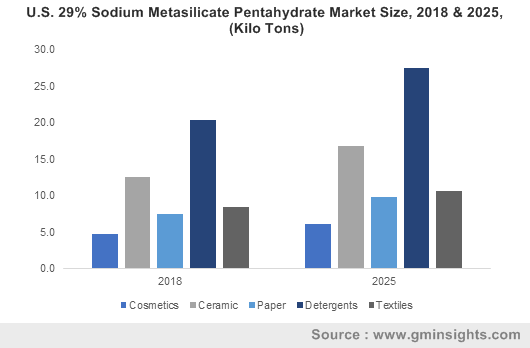 The global fluorosilicic acid market has registered substantial growth chiefly due to the proliferating usage of the chemical in providing clean drinking water and pervasive application in the textile industry. Due to its ease of application over competing chemicals, use of fluorosilicic acid has increasingly gained traction in the water fluoridation process. It is also used in hardening of masonry and ceramics, cleaning and treatment of metal surface, pH adjustment in industrial laundries or textile processing, and as an intermediate in the manufacturing of other chemicals. 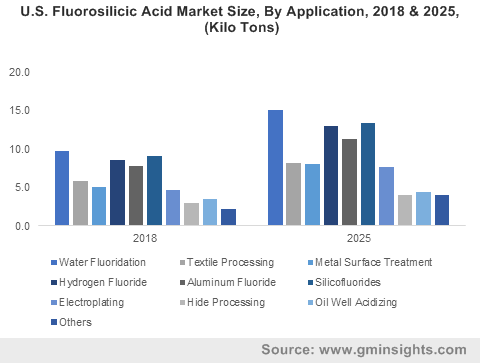 The fluorosilicic acid market has garnered considerable proceeds from the application of the chemical in a wide range of industries. The textile industry has however emerged as one that has been able to provide significant traction to the growth of the fluorosilicic acid market. The chemical can easily remove mold, stain and rust from fabrics and has found prevalence in the laundry sector. Rising population and increase in consumer income and standard of living across in developing countries like India and China has expanded demand for high-quality fabrics. In addition, abundant availability of raw materials like cotton, jute, silk and others, as well as low cost labor and production, is likely to propel the textile industry across India.

For instance, the Indian textiles industry, is projected to reach $250 billion by 2019, according to India Brand Equity Foundation (IBEF). An expansive textile industry in turn is anticipated to supplement the growth of the fluorosilicic acid market in the country.

Get a Sample Copy of this Report:@ https://www.gminsights.com/request-sample/detail/3248

Fluorosilicic acid has also found long-term application in the tanning of animal skins and hides. The product is used in an aqueous dispersion layer form during the leather tanning process which eventually helps make hides softer and more compliant. Besides, increased demand for leather clothing and accessories is speculated worldwide which in turn would act as a stimulant to the fluorosilicic acid industry. In fact, the total leather good exports from India was estimated at $3.05 billion in 2018. As the demand for leather continue to rise, fluorosilicic acid industry size from hide processing is likely to be pegged at over 25-kilo tons until 2025.

Increasing cases of tooth decay and its effect on the expansion of fluorosilicic acid market in the U.S. and Europe

Tooth decay remains the most prevalent chronic disorder among children in the U.S. In fact, according to Centers for Disease Control and Prevention’s (CDC) National Center for Health Statistics, around 91% of the Americans aged between 20–64 were reported to have dental caries in permanent teeth in 2011–2012. These figures can be reduced significantly by means of undertaking water fluoridation processes which primarily involves the use of fluorosilicic acid to increase fluoride content in water. In fact, decades of research and studies throughout the world have validated that optimally fluoridated drinking water is safe and effective in reducing tooth decay.

Moreover, reports cite that tooth decays can be reduced in children by 40-70%, and in adults by 40-60% following water fluoridation. Indeed, it is a cost-effective and most efficient method of reaching large affected population and CDC claims that, with each dollar spent on water fluoridation, around $38 is saved in reduced costs for dental care. Thus, with favorable cost saving and high clinical offering, the U.S. fluorosilicic acid industry size may register growth at about 5.5% over 2019-2025.

The fluorosilicic acid market has also registered growth in Europe as absorption of fluoride in the region’s groundwater is usually low which has in turn led some countries to add the chemical to public drinking water for health assistance. Reportedly, the European Food Safety Authority (EFSA) has set up consumption levels pertaining to natural mineral water and other sources of fluoride. The Scientific Committee on Consumer Products (SCCS) has also set certain levels for fluoride in dental products, efforts that may accelerate fluorosilicic acid industry growth over the forecast period.

Besides consumption by municipal bodies for public benefit, fluorosilicic acid is also widely used in dental care products. Wide ranging application of the chemical is anticipated to lead the fluorosilicic acid market to surpass USD 1 billion mark by 2025, claim reports.