The Asia Pacific mobile wallet market is poised to garner commendable gains in the coming years primarily driven by  the rising penetration of smartphones and growing number of internet users in the region. According to Ericsson, there are presently over 2.6 billion smartphone users worldwide, and by 2020 the number is estimated to grow to 6.1 billion users, driven by substantial growth in less mature markets. 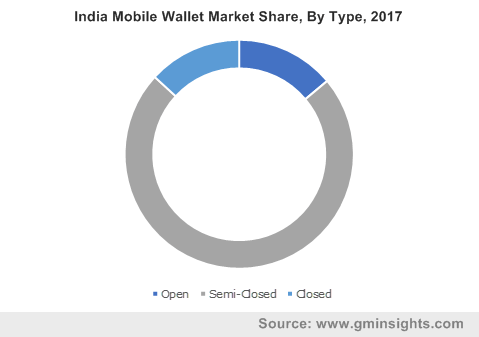 Ericsson further predicts that emerging markets, including the Asia Pacific, will account for 80 percent of overall new subscriptions in the coming years. However, the emergence of smartphones has dramatically changed the way people use internet, making it a one-stop solution for all the needs, including financial transactions. Somewhere around four years back, Ericsson also claimed that mobile data usage would observe tenfold growth by 2020, and Asia Pacific would contribute to around 45% of that growth. It does not come as a surprise therefore, that APAC mobile wallets industry share is on a steady rise of late.

In addition to rising internet and smartphone penetration, increasing awareness of mobile payments has also resulted in more and more Asian nations shifting from cash payments to cashless transactions for an array of services. The all-in-one payment experience provided by mobile wallets has redefined the way customers carry-out their everyday payment activities. Online as well as offline promotion of mobile wallets has significantly contributed to the growing popularity of mobile wallets which has encouraged more websites to accept them as a form of payment, thereby expanding the APAC mobile wallets market size.

Get a Sample Copy of this Report:@ https://www.gminsights.com/request-sample/detail/3290

One of the major reasons for the upsurge in the popularity of mobile wallets is acceptance and usage by the region’s youth population. Countries like India are considered to be a key battleground for digital payment providers owing to its massive population, comprising of young and tech-savvy individuals with smartphones and high-speed internet connectivity. According to the YouGov-Bernstein Proprietary survey, mobile wallets have displayed high acceptance among the urban youth with 89% claiming to use mobile wallets of some form or the other. Considering, the increasing adoption for digital services by tech-savvy youth across the region, the Asia Pacific mobile wallet market is forecast to observe lucrative growth over the coming years.

Apart from the abovementioned factors, some government initiatives and reforms have also had a significant impact on the remuneration graph of the mobile wallet industry over the last few years. A classic example for the same includes India’s demonetization of INR 500 and INR 1000 notes, which amplified the adoption of cashless payments by leaps and bounds in the nation. Post demonetization, India saw rapid adoption of mobile wallet apps like Paytm, PhonePe, Mobikwik, and Freecharge. Moreover, in November 2017, India witnessed 105 million UPI-based transactions, which then grew to 482 million in 2018 as against 0.2 million in 2016. Driven by supportive government initiatives and industry reforms, the India mobile wallet market is estimated to grow at a CAGR of around 30% over 2018-2024, according to a research report by Global Market Insights, Inc.

The Asia Pacific is one of the foremost marketplaces for e-commerce globally and is highly anticipated to lead the way in the global transition to mobile commerce. According to payment processing company Worldpay, mobile is the fastest growing sales channel in China reaching a compound annual growth rate of 12%, while in Hong Kong mobile commerce is poised to become the most popular shopping channel in the coming months with it accounting for more than 50% of all online sales. The exponential growth in mobile shopping will have a definite impact on the Asia Pacific mobile wallet market, as more and more customers seek quick payments options without having to enter credit card information.

Powered by an array of factors such as affordable smartphones, emerging middle-class, high network speeds, and decline in mobile data costs the Asia Pacific has established itself as a mobile-first region. Considering the increasing popularity of mobile wallets, market players are also integrating newer features and services for mobile payments, which indicates mobile wallets would continue to become more ubiquitous in the Asia Pacific marketplace. In terms of industry growth, the APAC mobile wallets market is estimated to surpass $140 billion by 2024.