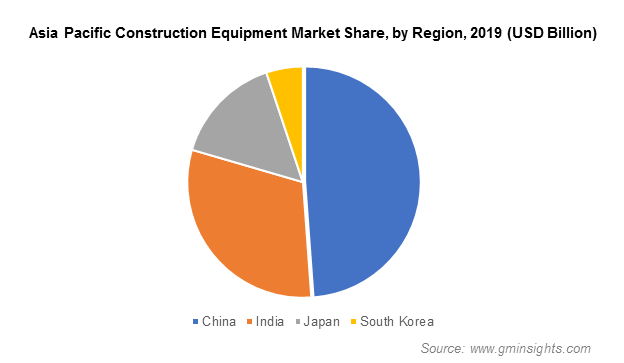 Citing a recent instance about the expansion of dealership programs, on August 15, 2018, Hyundai Construction Equipment expanded its North American authorized construction equipment dealership network by adding one of the leading agricultural equipment dealers, Farm Depot Ltd., to its portfolio. Through this new dealership program, Hyundai Construction Equipment reached across more than 150 locations with more than 70 dealers who have been supplying wheel loaders, compaction rollers, excavators, and other construction equipment. In addition, for enhancing the customer base and meeting the increasing product demand, Hyundai has been providing training to the dealers for ensuring effective service and product delivery.

In another instance, recently, the U.S. based farm equipment supplier Bonnel collaborated with a leading manufacturer of multipurpose tractors, Multihog. With this partnership, Bonnell became an exclusive Multihog distributor across Indiana, Illinois, Iowa, and Wisconsin. The on-going development of sidewalks and small roadways across this region would propel the requirement of Multihog’s tractors, which could easily work in tight alleys, sidewalks, and small roadways. This incidence validates that frequent collaborations among distributors and product manufacturers will considerably enhance the construction equipment industry size over the years ahead.

Get a Sample Copy of this Report:@ https://www.gminsights.com/request-sample/detail/2803

In European countries, the increasing involvement of the regional governments in infrastructure development has been generating lucrative opportunities for the construction equipment market contenders. More precisely, the shifting focus of governments and regulatory bodies toward the deployment of renewable energy facilities along with the implementation of smart city development programs have been tremendously pushing the need for construction equipment. In line with the rapidly growing number of construction activities, the sales of construction and earthmoving equipment across UK grew considerably in the second quarter of 2018 as compared to the same period in 2017.

In addition to capacity expansion, Molson and BGF plan to work on further acquisitions. Incidentally, Molson has already secured the distribution rights of the Terex Finlay machinery for Wales, England, and the Channel Islands. The combined approach of service providers and financial companies to invest in the improvement of existing infrastructure is certain to influence Europe construction equipment industry trends.

The changing focus of construction equipment suppliers toward establishing long-term relationships with customers and renowned OEMs is poised to boost industry growth over the years ahead. The adoption of frequent facility and dealer network expansion strategies is also deemed to emerge highly beneficial for the players in construction equipment industry. Driven by the growing demand for construction machinery along with the rapidly propelling infrastructural development activities, construction equipment market will surpass a revenue collection of USD 170 billion by the end of 2024.

An overview of cell line development market in terms of competitive landscape, global share to register double-digit CAGR over 2018-2024

Regarded as a one of the rapidly progressing fraternities of the life science domain, cell line development market has established itself as a major business sphere of recent times. With tissue and cell-based assays rapidly swapping animal studies, researchers are increasingly becoming dependent on cell study to demonstrate greater biological relevance. As per the data put forth by the World Health Organization, neurological disorders and their consequences are anticipated to affect more than one billion people worldwide.

This data is evident from the rising aging population and lack of effective treatments – a factor also underpinning the necessity to develop new assays to advance research and develop know-how with regards to the mechanism of these diseases. Given the fact that both industrial and research concerns are demanding advanced & better cells for developing novel vaccines, biosimilars, drug, and therapeutic proteins it comes as no surprise that the global cell line development market has bright growth prospects. A conjecture substantiating the same is of a report compiled by Global Market Insights, Inc., that claims the global cell line development market to become a massive 7.5-billion-dollar industry by 2024, a substantial up from USD 3.3 billion in 2017.

When it comes to the vast utilization of the cell line development technology, Berkeley Lights Inc., is one protuberant industry magnates that has developed a platform to address the unmet research needs in Cellular Immuno-Oncology, BioPharma, and Autologous T-cell Therapies. Introduction of Beacon platform by this company has undeniably changed the overall competitive dynamics of cell line development industry. In fact, it has been observed that several other market players are leveraging Berkeley Lights’ state-of-the-art technology to further dive deeper into cell line research.

Get a Sample Copy of this Report:@https://www.gminsights.com/request-sample/detail/429

According to reliable reports, Berkeley Lights, Inc. (BLI) launched its first commercial platform – Beacon™ OptoFluidic Platform in December 2016. This platform is ideally suited for direct B-cell antibody discovery and cell line development workflows. Experts deem that the flexibility of this platform has allowed researchers to automate biological processes and develop new applications to align with specific requirements. In short, the Beacon platform has enabled efficient monitoring, visualization, and tracking of cell to cell interaction and single cell manipulation across thousands of cells into a nanofluidic chip.

Recently in January 2018, BLI announced that Shire is implementing the Beacon Platform to accelerate their CLD process. Reports reveal that the company’s decision was based on an experiment and study that equated their existing cell line development workflow to the workflow results obtained using Beacon.

BLI in October 2017 announced that it will be working with the global pharmaceutical industry player Daiichi Sankyo to focus on creating CLD workflow efficiencies and fast tracking the drug development process. According to sources, the program includes evaluating and predicting the stability of clones, establishing monoclonality, and screening a pool of recently transfected CHO cells.

Pfizer to invests in mAb discovery with BLI’s Beacon tech

In a recent news snippet released in January 2018, it has been reported that Pfizer is leveraging BLI’s Beacon platform to advance its gene editing programs and monoclonal antibody discovery.

Teva Pharmaceuticals Australia, recently announced that it will be installing Beacon for its CLD and antibody discovery programs. Bayer Inc., is another in the line that has announced a strategic project with BLI to innovate and accelerate research. The pharmaceutical giant Novartis is also not far behind in implementing the Beacon platform. In fact, reports reveal it to be an earlier adopter of this technology and to consequently have secured its position in the dynamic cell line development market.